It's the love story of an unsung hero!

28K ratings
Out of Print: Future availability is unknown
Notify Me When Available
Add to Wishlist
Format:  Blu-ray
item number:  39V3H
91% recommend us! 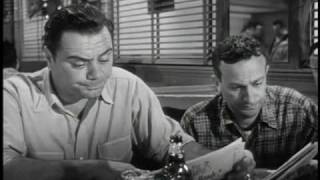 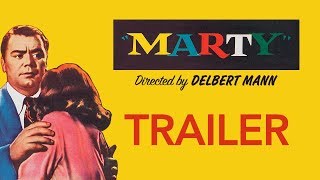 Delbert Mann's big-screen remake of Paddy Chayefsky's 1953 teleplay, one of the most successful works of film's Golden Age, stars Ernest Borgnine as Bronx butcher, Marty Piletti. A good-natured man, if plain and overweight, the 34-year-old bachelor has become fed up with the dreariness of life with vacant, dead-end friends like Angie (Joe Mantell), omnipresent relatives like his cousin Tommy (Jerry Paris), and his nagging mother, Theresa (Esther Minciotti), with whom he shares a house. Often rejected by women, he feels that he is too unattractive to marry, and is far from eager to endure further humiliation. Still, Marty finds himself at a local dance hall, where he angrily refuses a man who offers him a few bucks to take home a blind date who has turned out to be a dog. The butcher seeks out the humiliated woman, Clara (Betsy Blair), who's in tears, and after he comforts her, they return to the dance. As Marty confesses similar experiences of his own to Clara, he realizes that he may have found the woman he's been looking for. Influenced by neo-realist masterpieces like UMBERTO D, Chayefsky's poignant, brilliantly observed kitchen-sink drama remains as persuasive as ever, as it explores the universal need to give and receive love.

Oscar-winning drama about two socially inept introverts who eventually find love with each other. For Marty, one of the two outcasts, falling in love brings the realization that life is more meaningful and exciting than he had ever believed possible.