The cartels, the black market and the fight to save a species. 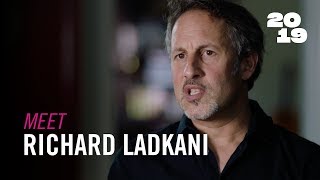 In Mexico's Sea of Cortez, a group of dedicated scientists, high-tech activists, investigative journalists and undercover agents attempt to rescue the most endangered and elusive whale on Earth while battling the vicious Mexican drug cartels and Chinese traffickers whose destructive poaching methods are threatening the region's marine life.

Sea of Shadows chronicles the fight for the vaquita porpoise, a cetacean that is endemic to the Gulf of California and is now on the brink of extinction due to being caught in gillnets intended for another critically endangered yet more prized aquatic neighbor, the totoaba. The documentary takes the viewers aboard the Sea Shepherd Conservation Society's boat as they patrol the seas for gillnets and confront poachers. On land, the film explores the politics behind the illegal trade and how it affects the little people. Directed by Richard Ladkani, Sean Bogle, and Matthew Podolsky.

Animals | Historical | Crime | Nature
This product is made-on-demand by the manufacturer using DVD-R recordable media. Almost all DVD players can play DVD-Rs (except for some older models made before 2000) - please consult your owner's manual for formats compatible with your player. These DVD-Rs may not play on all computers or DVD player/recorders. To address this, the manufacturer recommends viewing this product on a DVD player that does not have recording capability.