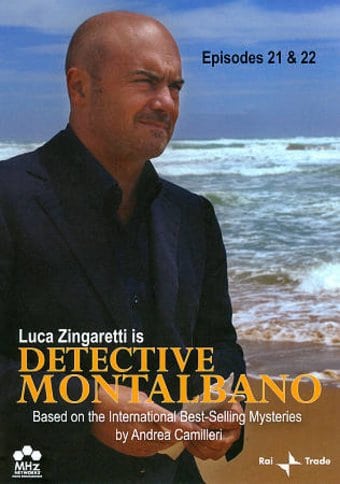 Luca Zingaretti returns as one of Italian television's most popular sleuths, Detective Montalbano, in this box set featuring Episodes 21 and 22 from that character's eponymous series. First up is THE TREASURE HUNT, where Montalbano becomes an overnight hero after stopping two elderly religious fanatics from opening fire on the public, and then falls into a deadly cat-and-mouse game with a maniac who wants to lead him on a diabolical treasure hunt involving the kidnapping and slaying of a teenage girl. Next up is THE AGE OF DOUBT, where Montalbano investigates the links between a corpse found at sea, a Palermo girl searching for her aunt, and a motorboat christened 'Ace of Hearts.'