Down This Street Raced Dead-End Violence... Down This One Stretched Excitement Taut As Silk! 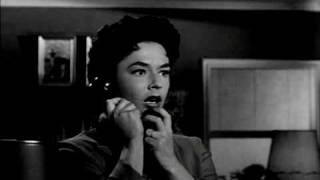 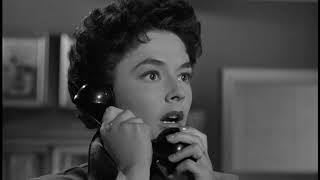 When FBI agent Zack Stewart is gunned down in the line of duty, supervisor John "Rip" Ripley (Broderick Crawford) takes over his caseload. Believing that one of Stewart’s three active investigations will reveal the identity of his killer, agent Ripley’s assignment takes him "Down Three Dark Streets": chasing down fugitive criminal Joe Walpo (Joe Bassett), breaking down small-time hood Vince Angelino (Gene Reynolds), and hunting down an unknown extortionist threatening helpless Kate Martell (Ruth Roman)—ending with a thrilling climax set against the backdrop of the iconic "Hollywood" sign!

With a supporting cast that includes Martha Hyer, Casey Adams, Jay Adler, Claude Akins and William Johnstone, Down Three Dark Streets was directed by Arnold Laven (Without Warning!) and produced by Jules V. Levy and Arthur Gardner. The trio would enjoy much success in television as the creative team behind such hits as The Rifleman and The Big Valley.

Oscar-winning cinematographer Joseph F. Biroc (The Towering Inferno) adds the right noir flavor to the tight screenplay by Bernard C. Schoenfeld and The Gordons. Gordon and Mildred Gordon (who wrote the book on which Streets is based, Case File: FBI) would later supply screenplays for such classic films as Experiment in Terror and That Darn Cat!

Coadapted by The Gordons from their novel CASE FILE FBI, DOWN THREE DARK STREETS stars Broderick Crawford as a no-nonsense FBI agent. Hoping to avenge the death of his partner Kenneth Tobey, Crawford almost single-handedly takes on the three investigations which Tobey had been pursuing. One involves a gang of car thieves; the second concerns a fugitive gangster; and the third deals with an extortion racket. Of the three leading ladies--Martha Hyer, Ruth Roman, Marisa Pavan--Ms. Pavan turns the most fascinating performance as the blind witness to a murder. The climax is staged around the fabled "Hollywood" sign that dominates the hills bordering the film capital. Most of the production personnel involved with DOWN THREE DARK STREETS would later set up shop at Dick Powell's Four Star Productions.