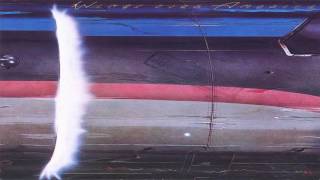 Wings: Paul McCartney (vocals, guitar, piano, bass); Denny Laine (vocals, guitar, piano, bass); Jimmy McCullough (guitar, bass, background vocals); Linda McCartney (keyboards, background vocals); Joe English (vocals, drums).
Additional personnel: Thadeus Richard (flute, clarinet, saxophone); Howie Casey (saxophone); Steve Howard (trumpet, flugelhorn); Tony Dorsey (trombone).
Engineers include: Jack Maxson, Mark Vigars, Tom Walsh.
When McCartney formed Wings back in 1971, it was intended to be a touring unit as much as a recording one. After spending the latter half of his time with the Beatles confined to the studio, McCartney was itching to get back onto the road. By the time September 1975 rolled around, Wings' tours had been on the modest side. This latest one would last over a year and take the band around the world. The triple-album WINGS OVER AMERICA was recorded during this time and despite its heft, the performances within contained no filler and were bristling with energy from start to finish.
Wings' secret weapon was guitarist Jimmy McCulloch, an underrated musician whose playing lit up the opening medley of "Venus And Mars/Rock Show/Jet" and "Hi Hi Hi." Along with material from a mix of Wings albums, McCartney proudly revisited his past by dusting off latter-day Beatles songs which had previously been studio-only manifestations ("Lady Madonna," "Blackbird"). WINGS OVER AMERICA clearly showed that McCartney was the first Beatle to settle comfortably into touring regularly in addition to dealing well with his musical past.

80%off
Sinead O'Connor
The Emperor's New Clothes / What Do You Want?
99¢ on Sale
Add to Cart