Brandon de Wilde co-stars in this evocative coming-of-age story about an adolescent boy who discovers that his older brother, played by Warren Beatty, is a shallow wreck of a man. 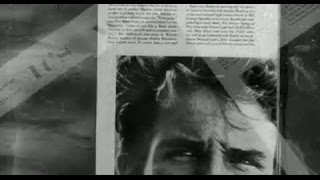 All Fall Down - Original Theatrical Trailer

Larry Karaszewski on ALL FALL DOWN (Featurette)

Playwright William Inge adapted James Leo Herlihy's novel for John Frankenheimer's film which stars Warren Beatty as Berry-Berry Willart. When the young man wires his family home in Ohio from Florida for $200 to save his ailing business, his worshipful 15-year-old brother Clinton (Brandon De Wilde), arrives with the money, only to find that his brother needs it to bail himself out of jail for beating a hooker. Clinton would like to stay with Berry-Berry, but his brother sends him home, the last place the restless teenager wants to be. Conditions there improve, however, when a beautiful boarder, Echo O'Brien (Eve Marie Saint) arrives to teach school, charming Clinton's parents, the aggressively gossipy Annabel (Angela Lansbury) and the amiably alcoholic Ralph (Karl Malden), and completely captivating the boy. Berry-Berry returns, and his overwhelming sexual magnetism soon works its magic on Echo. For the first time in his life, it almost seems as though the callous womanizer has fallen in love, but complications arise, and his true nature reasserts itself. An overwrought blend of Inge and Tennessee Williams cliches, the film boasts a powerhouse clicking on all cylinders, and an effectively moody score by Alex North (STREETCAR NAMED DESIRE, SPARTACUS).