The toys are back! 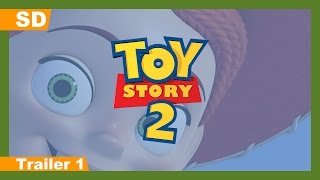 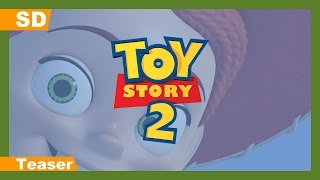 In this dazzling sequel to the 1995 blockbuster, Andy heads off to summer camp, leaving the toys behind to fend for themselves. In much the same way Buzz discovered he is a mass-produced product in the first installment, Woody discovers that he is a valuable collectible spawned by a popular 1950s kiddie-puppet TV show, "Woody's Roundup Gang," when he is kidnapped by an evil toy collector, Al McWhiggin. Through Al, who plans to sell him to a Japanese toy museum, Woody is reunited with the toy versions of his TV cohorts--plucky cowgirl Jessie (Cusack), prospector Stinky Pete (Grammer), and trusty horse Bullseye. Woody must choose between seeing Andy grow up and forsake him and living a sterile but eternal life behind glass being admired--but not played with. Meanwhile, the rest of the original toy troupe undergoes a thrilling crosstown adventure to locate their kidnapped friend and restore him his rightful owner. Extremely entertaining, surprisingly touching, endlessly thrilling eye candy for anyone of any age. Golden Globe Winner: Best Motion Picture--Musical or Comedy. Includes outtakes and bonus short, "Luxo Jr.," plus a sneak preview of Disney/Pixar's MONSTERS INC.