Robert Duvall and James Caan star in this science fiction thriller about the international race to put the first man on the moon. 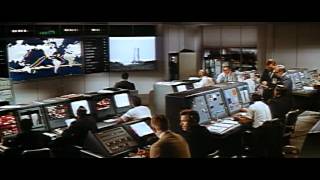 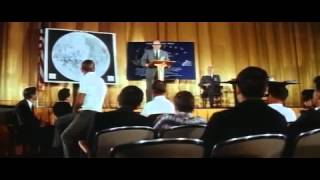 Oscar and Golden Globe-winner Robert Duvall ("Falling Down," "A Civil Action") and Oscar and Golden Globe-nominee James Caan ("The Godfather," "Misery") star in this science fiction thriller about the international race to put the first man on the moon. When an American lands and finds a wrecked Russian space ship, he begins a race against time, realizing that he must find shelter, or perish. Co-starring Michael Murphy ("Manhattan") and Ted Knight ("The Mary Tyler Moore Show," "Too Close for Comfort").

After decades of working in commercial documentaries and television, Robert Altman got his first crack at Hollywood filmmaking with this dramatic adventure about the first manned space trip to the moon. The story, based on the novel by World War II pilot Hank Searls, concerns two NASA astronauts whose friendship is tested by the race with Russia to land the first man on the moon. The more confident and assured Chiz (Robert Duvall) is bypassed for Lee (James Caan), an apprehensive husband and father, yet together the two men learn to rise above their conflict and work to accomplish the miraculous task. Altman's first major Hollywood film is a more traditional drama compared to the director's later efforts, largely due to the fact that he was signed as a director-for-hire, which forced him to keep the narrative tight and focused. He began, however, to explore his ground-breaking overlapping dialogue techniques, which ended up being used in producer William Conrad's re-cutting of the picture. Despite being a more controlled project than is associated with Altman's maverick style, COUNTDOWN is a gripping work of entertainment that successfully blends science fiction with personal melodrama, featuring realistic performances from Duvall and Caan as the conflicted friends.

This early Robert Altman offering foretold of the drama and adventure of man's first lunar landing--before the real-life event had actually taken place. Based on a novel by World War II pilot Hank Searls, COUNTDOWN tells the story of two astronauts who begin to compete with each other for the opportunity to become the first man to walk on the moon. Altman's film is a well-crafted drama that is aided greatly by the credible performances of Robert Duvall and James Caan.