This action-filled drama tells the story of this incredible man from his humble beginnings as an exhibition dancer to his meeting with Al Capone. 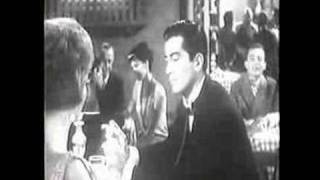 Not many actors in Hollywood's history have lived as notorious a life as George Raft (the subject of "Scarface"). This action-filled drama tells the story of this incredible man from his humble beginnings as an exhibition dancer to his meeting with Al Capone.

This is an interesting biography of the actor known for his gangster roles in films, and though Ray Danton plays the part of George Raft without looking like him in the least, he is still convincing in his mannerisms. Without getting into any in-depth plumbing of the actor's life, the story begins with the young Raft making his way in New York as a dancer and rubbing shoulders with underworld figures. Then he goes to Hollywood where he eventually finds fame in the film SCARFACE and gets typecast as a gangster. Tiring of this persona but unable to do very much about it, Raft's career starts to decline for quite a awhile before his success in SOME LIKE IT HOT. Along the way, his relationships with five different women are pictured in the briefest fashion.

Dance | Showbiz | Crime | Gangsters | Dancing | Actors | Criminals | Biographical
This product is made-on-demand by the manufacturer using DVD-R recordable media. Almost all DVD players can play DVD-Rs (except for some older models made before 2000) - please consult your owner's manual for formats compatible with your player. These DVD-Rs may not play on all computers or DVD player/recorders. To address this, the manufacturer recommends viewing this product on a DVD player that does not have recording capability.