A story of one young woman's odyssey from innocence to decadence. She leaves British Columbia with her boyfriend at age 19, young and pretty and hopeful for a career in show business. 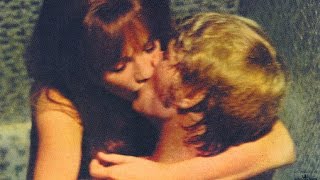 Jacqueline Bisset ("The Deep," "Murder on the Orient Express") stars in this dramatic story of one young woman's odyssey from innocence to decadence. She leaves British Columbia with her boyfriend at age 19, young and pretty and hopeful for a career in show business. But a detour to Las Vegas leads her into a life that by 22, no one would envy. Jim Brown ("The Dirty Dozen") and Joseph Cotten ("Citizen Kane," "Gaslight") co-star, with a quick cameo by Penny Marshall ("Laverne and Shirley"). A compelling feature from television director Jerry Paris ("Happy Days").

In this camp vision of one woman's tragic excess and greed, Jacqueline Bisset plays 19-year-old Christine, a beautiful and restless girl form the country who abruptly leaves her sedate life to join her high school sweetheart in LA. Her new life, although filled with love and affection, soon ceases to excite her (she works as a bank teller) and Christine once again hits the road, this time seeking out a benevolent Las Vegas comedian she encountered while hitchhiking. With her looks and feminine means as her sole possessions, Christine explores the seedy world of Las Vegas, talking her way into a position as a nude show girl. An unquenchable thirst for fun and pleasure leads her to jump from man to man, leaving each successive lover just at the point of true happiness. Her search seems to be over when she meets and falls in love with Tony (Jim Brown), an ex football player. However, Christine's roving eye and unquiet heart, evoked with sensual vulnerability by Miss Bisset, leads to inevitable destruction, sparking a free fall into degradation and desperate pleas for attention (perhaps the only scene of skywriting obscenities in film history).

Prostitution | Suspense | Thriller | Theatrical Release
This product is made-on-demand by the manufacturer using DVD-R recordable media. Almost all DVD players can play DVD-Rs (except for some older models made before 2000) - please consult your owner's manual for formats compatible with your player. These DVD-Rs may not play on all computers or DVD player/recorders. To address this, the manufacturer recommends viewing this product on a DVD player that does not have recording capability.

The Sweet Ride
$19
Add to Cart

Beyond the Valley of the Dolls (Blu-ray)
$34.50 Super Savings
Add to Cart