Joan Crawford and Jimmy Stewart star as Larry and Mary a husband and wife whose marriage is on thin ice when she gets a Hollywood film contract and he must work in the East. 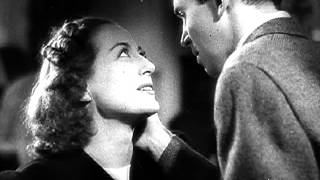 Academy Award and Golden Globe-winners Joan Crawford ("What Ever Happened to Baby Jane?," "Mildred Pierce") and Jimmy Stewart ("It's Wonderful Life," "Vertigo," "Mr. Smith Goes to Washington") star. Larry (Stewart) and Mary (Crawford) are a husband and wife whose marriage is on thin ice when she gets a Hollywood film contract and he must work in the East. While Larry is having a tough time finding skating engagements, Mary is rising fast as a major film star. To be with her spouse, Mary offers to give up her career. A kind-hearted producer does his part to keep the pair together and finds Larry a job as a film producer. The film comes to life with a 17-minute Technicolor finale of a Cinderella fantasy performed by the International Ice Follies.

Comedy, romance, and song hit the ice in this musical. Larry Hall (James Stewart) is a professional ice skater whose act with his friend Eddie Burgess (Lew Ayres) breaks up when Larry weds Mary McKay (Joan Crawford). Mary is also a skater, and she teams up with Larry to perform, but their on-stage (or, more accurately, on-ice) partnership proves short-lived when Mary is offered a contract to make movies in Hollywood. She quickly becomes a popular film star, but Larry does not have the same luck in California; in time, he decides to head to Canada, where he gets the idea of staging an elaborate ice revue. The producers of ICE FOLLIES OF 1939 worked with the Shipstad and Johnson Ice Follies troupe to stage the film's spectacular closing ice ballet, which was filmed in Technicolor (the remainder of the film was shot in black and white).

Marriage | Friendships | Actors | Behind The Scenes | Love | Filmmaking
This product is made-on-demand by the manufacturer using DVD-R recordable media. Almost all DVD players can play DVD-Rs (except for some older models made before 2000) - please consult your owner's manual for formats compatible with your player. These DVD-Rs may not play on all computers or DVD player/recorders. To address this, the manufacturer recommends viewing this product on a DVD player that does not have recording capability.