On the Beach (Blu-ray)

The Biggest Story of Our Time!

15K ratings
Currently Out of Stock: We'll get more as soon as possible
Notify Me When Available
Add to Wishlist
Format:  Blu-ray
sku:  3A37V
92% recommend us! 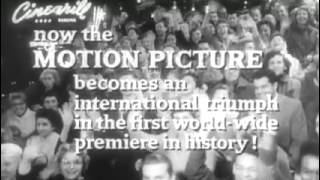 After the entire Northern Hemisphere is destroyed by a nuclear war, a group of survivors in Australia prepare for their own inevitable demise. As a deadly cloud of radiation creeps toward the continent, some survivors cling to hopes that life as they know it has continued somewhere, hopes that are fed by the discovery of a mysterious, erratic radio signal emanating from San Diego. Others, such as Astaire's sardonic, race-car driving physicist and Gardner's world-weary, tippling party girl, throw their energies into squeezing the last drops from their lives. A grim, unflinching clarion call for sanity that inches along at a maddeningly deliberate and suspenseful pace. Based on the novel by Nevil Shute. Academy Award Nominations: 2, Best Editing (Frederic Knudtson) and Best Score (Ernest Gold).

This gripping, anti-nuclear drama imagines the world after the H-bomb is dropped.
The only survivors are in Australia, waiting for the clouds of radiation to blow their way. Along with the Australians, is an American submarine crew that was undersea when the bomb exploded. The film tells a tale of human beings copping with imminent death and the final destruction of the earth.

The Sacrifice (Plus Bonus Documentary)
$18.38 Spring Sale
Add to Cart