Romantic drama about a woman rescued from a suicide attempt by a Salvation Army preacher. 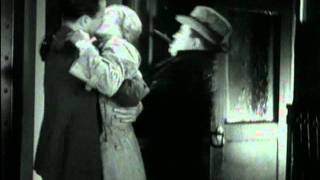 Heartbroken when her traveling-salesman honey throws her over to marry the boss's daughter, nightclub tootsie Ivy Stevens (Joan Crawford) decides to dive off a bridge and into eternity. But a passing Salvation Army officer named Carl (Clark Gable) saves her life... then tries to save her soul.

A prime example of the rapid-paced melodramas Hollywood produced in the Pre-Code era, Laughing Sinners features Crawford in a typical role as hip-swinging man bait and Gable in a startlingly atypical role as the good-hearted evangelical. As always, the Gable-Crawford team sizzles. And there's more to enjoy: a top supporting cast - and Crawford in a novelty dance, kicking up her heels as a bearded, elderly farmer!

A beautiful cafe entertainer is driven to despair when her smooth-talking boyfriend gives her the brush-off. A Salvation Army Officer saves her soul and wins her heart.

Ivy, who's just been dumped by her boyfriend, is about to attempt suicide by jumping into the river. She is prevented from doing so by Carl, a Salvation Army evangelist. And with Carl's help, Ivy becomes a new person, reformed by the power of religion. But will she fall from grace when her ex-boyfriend reappears in her life' Or will she adhere to her faith -- and maybe begin a romance with Carl'

It Happened One Night
$12.50 Super Savings
Add to Cart