John Garfield plays a hardened crook behind bars who comes up against a reform-minded warden. Trouble erupts when Garfield's character encounters the man responsible for his imprisonment. 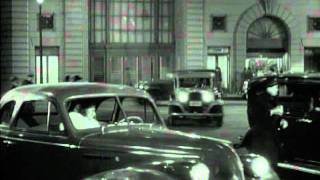 Oscar-nominee John Garfield ("The Postman Always Rings Twice," "Air Force") plays a hardened crook behind bars who comes up against a reform-minded warden. Trouble erupts when Garfield's character encounters the man responsible for his imprisonment. Also starring Ann Sheridan ("Angels With Dirty Faces") and Pat O'Brien ("Some Like It Hot"). Directed by Oscar-nominee Anatole Litvak ("Anastasia," "The Snake Pit").

In this remake of the classic prison story 20,000 YEARS IN SING-SING, John Garfield plays Tommy Gordon, a jewel thief who has been sent up the river for a minimum of 25 years. Tommy isn't especially worried about prison, as he's convinced his well-connected friends will help him get out before long. But Tommy learns the hard way his friends aren't as helpful as he imagined, and he regrets causing so much trouble for reform-minded warden Walter Long (Pat O'Brien), who he comes to regard as a friend and ally. Tommy's girlfriend, Kay Manners (Ann Sheridan), is desperate to get him out of prison and enlists the help of shifty lawyer Ed Crowley (Jerome Cowan); however, when Crowley tries to extract a payment from Kay that has nothing to do with money, she puts up a fight and ends up seriously hurt. Long shows his sympathetic side by granting Tommy a pass to visit Kay, but when he arrives at her home, he discovers Crowley has also arrived to see her. A scuffle ensues, and Kay shoots Crowley. Rather than see her go to jail, Tommy takes the blame, but soon goes on the lam, betraying Long's trust.

Enemies | Prison / Prisoners | Romance | Scams And Cons | Prison | Friendships
This product is made-on-demand by the manufacturer using DVD-R recordable media. Almost all DVD players can play DVD-Rs (except for some older models made before 2000) - please consult your owner's manual for formats compatible with your player. These DVD-Rs may not play on all computers or DVD player/recorders. To address this, the manufacturer recommends viewing this product on a DVD player that does not have recording capability.