Beautiful Clio Dulaine arrives in her New Orleans birthplace with one goal: to exact revenge on her father's family, who exiled Clio and her mother to Paris years earlier. 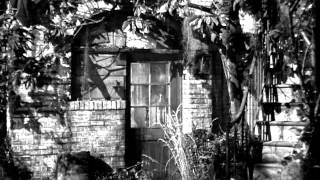 "I was born in Texas, but it weren't yesterday."
- Clint Maroon (Gary Cooper)

Beautiful Clio Dulaine arrives in her New Orleans birthplace with one goal: to exact revenge on her father's family, who exiled Clio and her mother to Paris years earlier. There she meets Texas gambler Clint Maroon, who is also looking for revenge. He aims to bring down the railroad baron who ruined his father. These two schemers are made for each other - but it takes them scrapping and sparring through an epic story of blackmail, lies, scandal, high finance and sudden disaster before they finally come together. Gary Cooper and Ingrid Bergman, the stars of For Whom the Bell Tolls, reteam for a lush, lavish romance based on the bestseller by Edna Ferber (Cimarron, Giant). Big stars, big story - that's Saratoga Trunk.

Ingrid Bergman dons a brunette wig to play the glamorous, saucy bayou beauty Clio Dulaine, an illegitimate Creole daughter of an esteemed Louisiana personage. Clio was raised in France to save the family's name but returns to the Big Easy after her mother's death in 1875 to avenge her mother against her father. Gary Cooper plays reticent gamblin' man Colonel Clint Maroon, and he's got a score to settle with the railroad men who destroyed his property in Texas. They meet in the romantic French Quarter, and the two opposites immediately attract, but obstacles to their relationship abound. Clint has a woman back home in Texas, while Clio is determined to marry wealthy in order to not end up in her mother's shoes. When Clio sets her eyes on railroad baron Bart Van Steed (John Warburton), the two heroes come into direct conflict, and Clio must make a choice between love and money. Based on the blockbuster novel by Edna Ferber and fueled by the amazing personas of Bergman and Cooper, SARATOGA TRUNK is an outstanding Golden Era classic.

A bayou beauty from New Orleans lays her nets for a millionaire from Texas in this highly entertaining Sam Wood picture.