One Day At A Time Complete 1st Season (2-DVD) 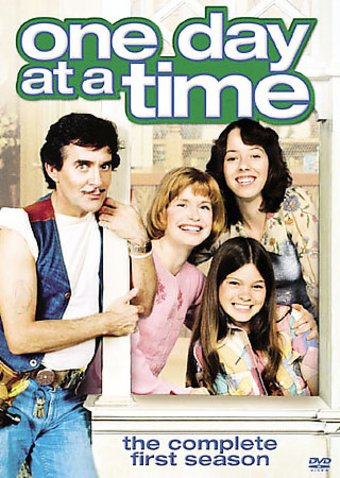 Like fellow shows from Norman Lear (ALL IN THE FAMILY), ONE DAY AT A TIME ably mixes comedy with weighty issues to create a memorable sitcom. Bonnie Franklin plays Ann Romano, a single mother of two. Daughters Julie (Mackenzie Phillips) and Barbara (Valerie Bertinelli) deal with real issues that teens in the 1970s were sure to face. Unlike other sitcoms where the biggest problem is having two dates to the prom, this series handles topics such as teen sex and substance abuse with honesty. But if the mood ever gets too serious, wisecracking super Schneider (Pat Harrington, Jr.) is always good for a laugh. This first season features plots such as Julie's debate over losing her virginity, Ann's relationship with David (Richard Masur), and her ex-husband's remarriage. This release includes all 15 episodes of the first season, plus the reunion special.