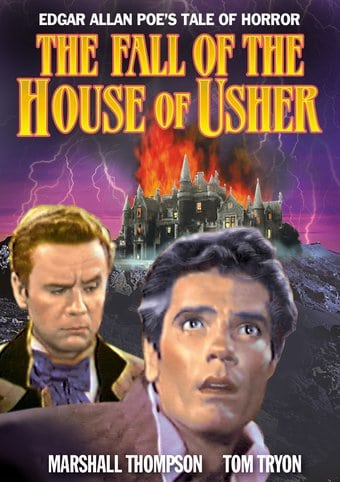 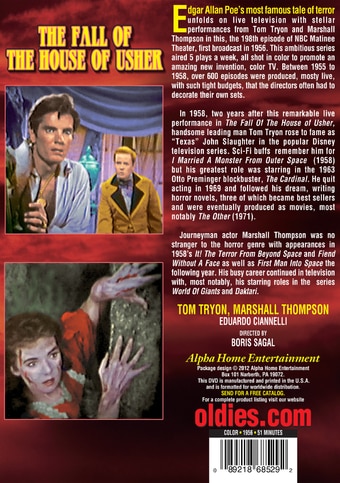 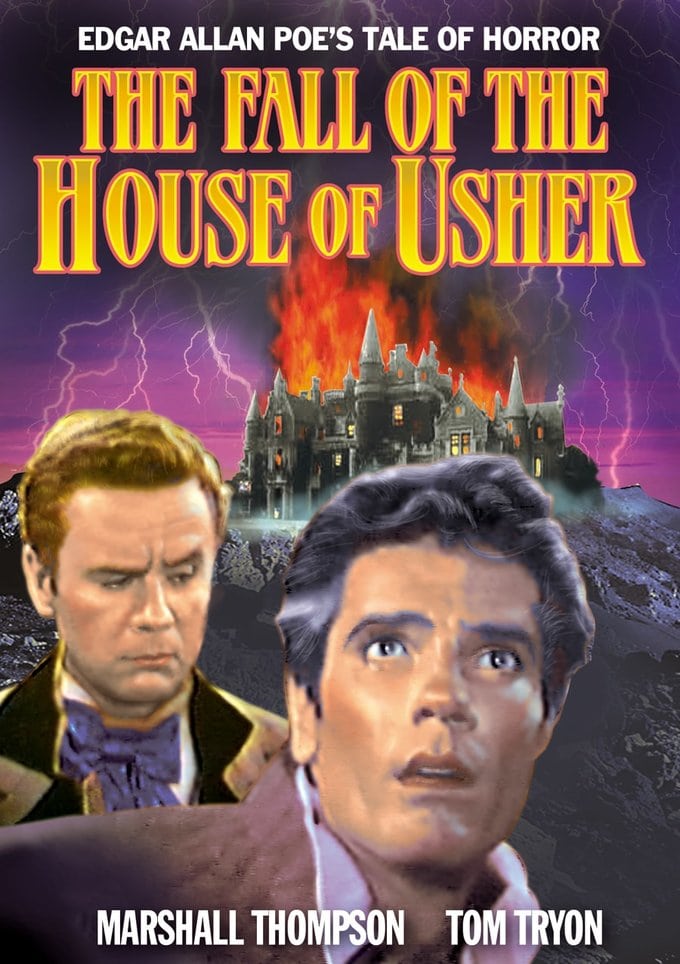 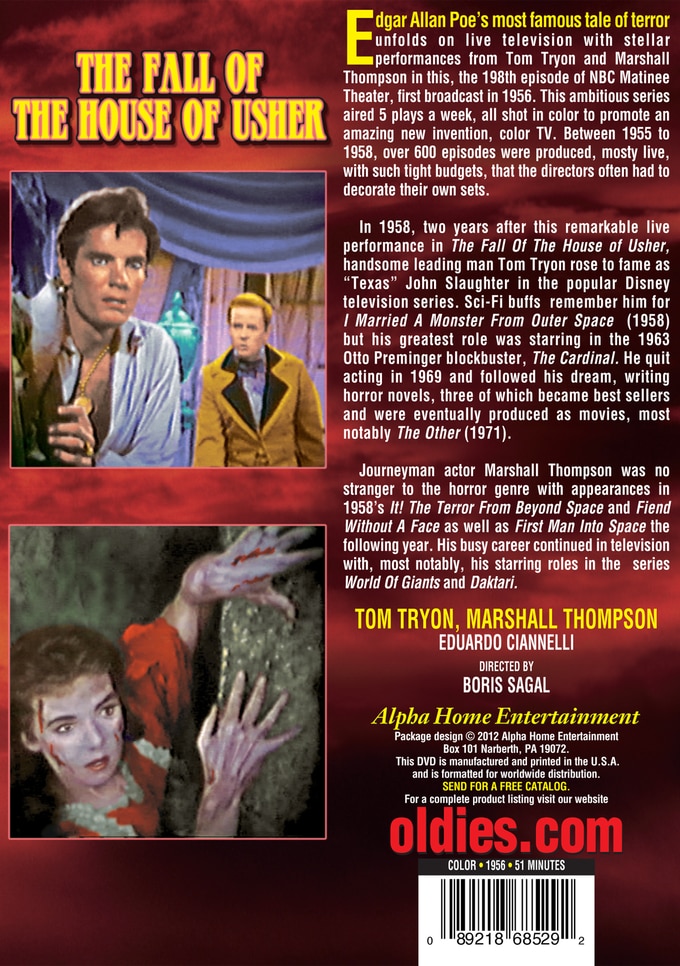 Edgar Allan Poe's most famous tale of terror unfolds on live television with stellar performances from Tom Tryon and Marshall Thompson in this, the 198th episode of "NBC Matinee Theater," first broadcast in 1956. This ambitious series aired five plays a week, all shot in color to promote an amazing new invention, color TV. Between 1955 to 1958, over 600 episodes were produced, mostly live, with such tight budgets, that the directors often had to decorate their own sets.

In 1958, two years after this remarkable live performance in "The Fall Of The House of Usher," handsome leading man Tom Tryon rose to fame as "Texas" John Slaughter in the popular Disney television series. Sci-Fi buffs remember him for I Married A Monster From Outer Space (1958) but his greatest role was starring in the 1963 Otto Preminger blockbuster, The Cardinal. He quit acting in 1969 and followed his dream, writing horror novels, three of which became best sellers and were eventually produced as movies, most notably The Other (1971).

Journeyman actor Marshall Thompson was no stranger to the horror genre with appearances in 1958's It! The Terror From Beyond Space and Fiend Without A Face as well as First Man Into Space the following year. His busy career continued in television with, most notably, his starring roles in the series "World Of Giants" and "Daktari."

FALL OF THE HOUSE OF USHER, Edgar Allan Poe's macabre tale of family curses, premature burial, and horrible revenge, was adapted for television in 1958. Marshall Thompson plays the tormented Roderick Usher, whose sister has died under mysterious circumstances. Upon the arrival of her fiancee (Tom Tryon), the girl literally returns from the grave to wreak havoc. Produced by Albert McCreery and directed by Robert Esson, this version of FALL OF THE HOUSE OF USHER was originally presented April 28, 1958 on the daily live TV anthology series MATINEE THEATRE. A color kinescope of the production was later syndicated as part of a package titled CAMEO THEATER.

Zombies | Murder | Period Piece | Brothers | Revenge
This product is made-on-demand by the manufacturer using DVD-R recordable media. Almost all DVD players can play DVD-Rs (except for some older models made before 2000) - please consult your owner's manual for formats compatible with your player. These DVD-Rs may not play on all computers or DVD player/recorders. To address this, the manufacturer recommends viewing this product on a DVD player that does not have recording capability.

Customer Rating:
Based on 8748 ratings.


Good Movie to watch but this Version was Poor on my High Def.Tv kind of Blurry at times or had Foggy look to it also...