From Hell It Came

Tabonga is part man, part tree, all doom. Formerly an island prince, he was unjustly put to death by a witch doctor. Now he's returned to life with roots, branches and a vengeance. 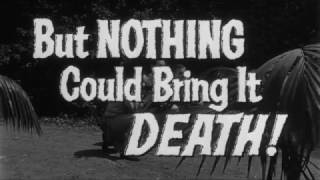 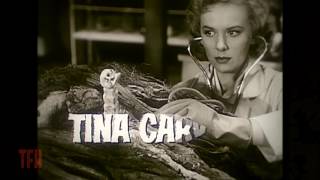 Joe Dante on FROM HELL IT CAME (Featurette)

Beware Tabonga! On a remote South Seas island, no one is safe from this hideous... and unique... monster. Tabonga is part man, part tree, all doom. Formerly an island prince, he was unjustly put to death by a witch doctor. Now he's returned to life with roots, branches and a vengeance. Against natives. Against visiting American scientists who investigate the tree's radioactive green sap. Against anyone unwise enough to expect a tree to stay put. A macabre medley of creature feature, Polynesian kitsch and Atomic Age cautionary tale, From Hell It Came is the killer-tree movie you woodn't want to miss!

This uproariously bad monster mess is set on a remote tropical island, where a native prince places a curse on the elders just prior to his execution for breaking tribal law, promising to return from the dead for revenge. He does, of course -- but he can only manage to return from the grave as a giant walking tree. (His obvious displeasure with having assumed this shape is indicated by the tree-thing's permanently constipated expression.) There is some indication given that his resurrection has something to do with atomic testing taking place on the island, but this is obviously incidental to the real plot, which treats viewers to endless scenes of natives running in horror from a shambling, ticked-off rubber stump. In print, this sounds like broad comedy material, but the only laughs to be found in this clunker are purely unintentional.

Monsters | Vengeance | Revenge | Scientists | Islands
This product is made-on-demand by the manufacturer using DVD-R recordable media. Almost all DVD players can play DVD-Rs (except for some older models made before 2000) - please consult your owner's manual for formats compatible with your player. These DVD-Rs may not play on all computers or DVD player/recorders. To address this, the manufacturer recommends viewing this product on a DVD player that does not have recording capability.

16%off
Varan the Unbelievable
$8.40 Super Savings
Add to Cart

The Black Sleep
$19
Add to Cart