No one can survive becoming a legend. 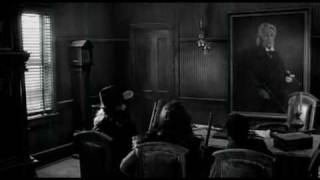 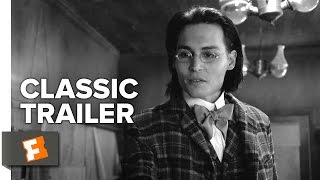 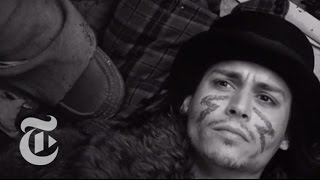 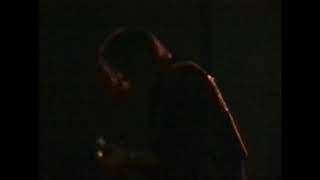 "I'm not dead."
- William Blake (Johnny Depp), to Nobody (Gary Farmer)
"The eagle never lost so much time as when he submitted to learn from the crow."
- Nobody, to William Blake
"That's terrible."--Big George (Billy Bob Thornton)
"It's horrible."--Sally (Iggy Pop)
"Terrible is what it is."
- Big George
"By God, I'm hit. Lord have mercy. Burns like hellfire! You son of a bitch. I'm gonna have to kill somebody now."
- Big George

In bringing his distinct vision to the Western genre, writer-director Jim Jarmusch has created a quasi-mystical avant-garde drama that remains a deeply spiritual viewing experience. After losing his parents and fiancée, a Cleveland accountant named William Blake (a remarkable Johnny Depp) spends all his money and takes a train to the frontier town of Machine in order to work at a factory. Upon arriving in Machine, he is denied his expected job and finds himself a fugitive after murdering a man in self-defense. Wounded and helpless, Blake is befriended by Nobody (Gary Farmer), a wandering Native American who considers him to be a ghostly manifestation of the famous poet. Nobody aids Blake in his flight from three bumbling bounty hunters, preparing him for his final journey--a return to the world of the spirits.

Jarmusch once again employs the beautifully contrasted black-and-white photography of Robby Müller, which sets a poetic, dreamy mood. He also fades in and out of scenes in order to better reflect Blake's dazed, weak mental state. Adding an even greater depth to the film is Neil Young's haunting score, which completes the overall effect. DEAD MAN stands firmly as a timeless work of art whose impact only increases upon subsequent viewings.

Independent filmmaker Jim Jarmusch reaches a new plateau in his career with this poetic anti-Western. DEAD MAN follows William Blake (no, not the famous poet), an innocent young man who travels out west in order to find employment but ends up a wounded fugitive on the run from ruthless bounty hunters. Partnered with a spiritual Native American named Nobody, Blake begins to morph into the outlaw that he is mistakenly considered to be. Jarmusch's profound drama features a wonderful performance by Johnny Depp, as well as a moving score by Neil Young.