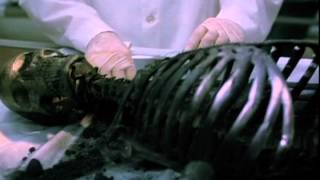 In this outrageous comedy, a group of ex-mobsters living in the Raj Mahal senior-citizen residence in South Beach, Miami are facing eviction. The residency wants a different type of senior--one who can afford to pay more--and this wild group of pals won't have it. Bobby (Richard Dreyfuss), Joey (Burt Reynolds), Mike (Dan Hedaya), and Tony (Seymour Cassel), devise a plan to strike back against their landlords, leading to a funny, frenzied string of events.

For a quartet of former wiseguys and lifelong friends, retirement is a degrading bore. Joey "Bats" (Burt Reynolds) is stuck working at Burger King, Bobby (Richard Dreyfuss) spends his time scouring Miami for his long-lost daughter, Tony (Seymour Cassel) is all washed up as a ladies' man, and Mike "The Brick" (Dan Hedaya) relives the glory days by sending Christmas cards to the old gang. It seems like old times when the boys run a little scam to protect their South Beach hotel from a yuppie invasion. Unfortunately, they run afoul of a drug kingpin in the process, and he soon comes looking for revenge. The result is a farcical entertainment, but also a case for the dignity and ability of the aged. Director Michael Dinner mines comedy from every vein--the mafia, old age, Jews and Hispanics--but relies on his four great, veteran principals to provide the best laughs and the pathos, as well. Bobby's personal story is the most fleshed-out, and Dreyfuss keeps the action moving, delivering the wry voiceover he perfected in STAND BY ME.