Who will survive and what will be left of them? 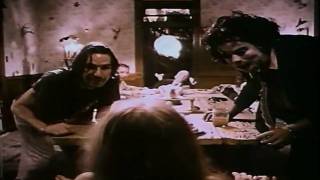 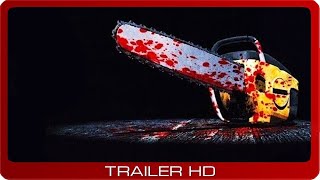 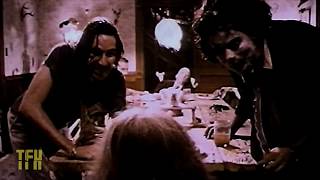 "My family's always been in meat."
- Hitchhiker (Edwin Neal)

THE TEXAS CHAINSAW MASSACRE is, without a doubt, the granddaddy of all splatter films. Inspired by 1950s mass murderer Ed Gein, Tobe Hooper's debut feature opens with five unsuspecting teenagers driving in a van through sun-scorched rural Texas. After a terrifying exchange with a demented hitchhiker, the group ends up at an old farmhouse. At first, the house appears to be abandoned, but soon, the evil residents begin to wreak havoc on the youngsters' lives. With her friends and wheelchair-bound brother Franklin (Paul A. Partain) disappearing one by one, the terrified Sally Hardesty (Marilyn Burns) must summon the strength to escape from the ghoulish family of mass murderers, who are led by the gruesome, chainsaw-wielding Leatherface (Gunnar Hansen).

Hooper's low-budget exploitation horror film became a cult hit and favorite midnight movie that helped define the splatter genre by introducing such standard features as the house of terror, where innocent victims meet horrible ends, and the girl in peril who survives the mayhem to become the heroine. Spawning several sequels, as well as a 2003 remake, THE TEXAS CHAINSAW MASSACRE remains an untouchable work of sheer terror that continues to shock audiences all over the world.

The granddaddy of all splatter films. Five teenagers driving through rural Texas stumble onto an old farmhouse which turns out to be inhabited by a ghoulish family of mass murderers. Chainsaws and meat hooks are the tools of these white trash psycho-killers' trade -- they decorate their home with human bones, skin and other gruesome relics, supplementing the body count with corpses from the local graveyard when fresh victims are scarce. It looks like curtains for certain for the teen travellers trapped inside this house of horrors -- unless one scantily-clad female can elude the powertools and survive the night of terror intact.

Night of the Living Dead
$5.95 on Sale
Add to Cart