It begins with an ancient warning. It ends at the edge of Niagara Falls. In between there are 5 murders. Solve the mystery. Or die trying.

2.8K ratings
Currently Out of Stock: We'll get more as soon as possible
Notify Me When Available
Add to Wishlist
Format:  Blu-ray
sku:  3AGK9
92% recommend us! 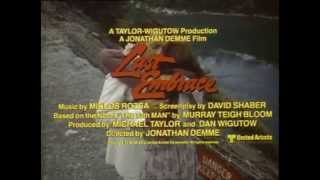 CIA secret agent Harry Hannan (Roy Scheider) has not been the same since his wife's murder. He suffers a nervous breakdown after the tragedy, which lands him in a sanitarium. Once released, he is pushed in front of a train and only narrowly escapes. Then he receives a cryptic letter that foretells his death. Now Harry suspects that he too is in danger and perhaps the target of a larger conspiracy, especially after he meets a graduate student named Ellie who might not be whom she claims to be, and malevolent types such as a homicidal prostitute and a pushy detective begin to crowd his sinister world. Are Harry's mournful anxieties just degenerating into paranoid madness' He has to discern reality from illusion while on the run because the menace is closing in on him fast. Jonathan Demme directed this elegant homage to director Alfred Hitchock that features several sequences that mirror the suspense master's own. A shower curtain pulled quickly back might remind viewers of PSYCHO; a frame filled with people all wearing the same raincoat mimics the famed overhead shot of a crowd of umbrellas in FOREIGN CORRESPONDENT; and the ominous soundtrack was composed by SPELLBOUND scorer Miklos Rosza.

Jonathan Demme directed this well-crafted homage to Alfred Hitchcock. After his wife is brutally murdered in a restaurant, CIA agent Harry Hannan (Roy Scheider) breaks down and slowly comes to realize that his department doesn't want him to return to work. He also begins to suspect that he is potentially next on the agency's hit list. A cryptic Jewish death threat suggests that the CIA might not be the only ones involved.