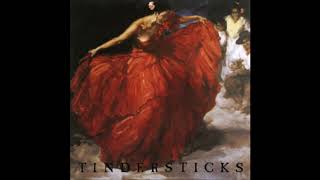 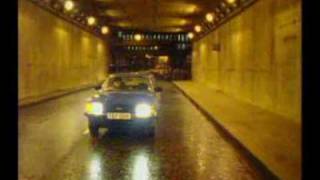 Tindersticks: Stuart Staples (vocals, guitar); Neil Fraser (guitar); Dickon Hinchliffe (violin); David Boulter (keyboards); Mark Colwill (bass); Alistair Macaulay (drums).
Remastered German version features a bonus CD of demos, plus extensive liner notes and new packaging.
England's Tindersticks are often compared to the American group Lambchop, as both feature elegant, elaborate orchestrations, a low-key, often gloomy sensibility, and a mumbly vocalist. In contrast to their American peers' roots-identified sound, however, Tindersticks are more like 19th-Century romantics, with a distinctly European sense of decadence. Their debut album finds the Tindersticks sounding more like a conventional rock band than they ever would again.
Though strings and horns provide some coloration, the orchestral aspect of the album is limited, and guitar-and-drum-based 4/4 rhythms abound. Still, the band's wonderfully obsessive morbidity and muted tones owe more to the John Cale side of the Velvet Underground than to anything remotely blues-derived. Singer Stuart Staples's often-indecipherable baritone murmur, which bears the influence of Nick Cave and Scott Walker, provides just the right amount of languid world-weariness for the Tindersticks' fragile vision.

Yo La Tengo
I Can Hear the Heart Beating as One
$13.60 CD Sale
Add to Cart

Tindersticks
No Treasure But Hope
$15.40 CD Sale
Add to Cart

Tindersticks
Falling Down a Mountain
$14.50 CD Sale
Add to Cart