Youth had been a habit of hers for so long that she could not part with it.

3.8K ratings
Currently Out of Stock: We'll get more as soon as possible
Notify Me When Available
Add to Wishlist
Format:  Blu-ray
sku:  3ARCW
92% recommend us! 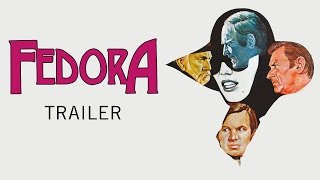 Billy Wilder's knowing, deliberately old-fashioned homage to a bygone age of filmmaking, it stars William Holden as producer Barry Detweiler. In flashbacks, the producer recalls his efforts to coax aging movie queen Fedora (Marthe Keller) out of retirement, while attending her funeral. Not long before, he had tried to penetrate the phalanx of functionaries who protected the star at the Greek island villa of her friend, the Countess Sobryanski (Hildegard Knef) without success. When Barry accidentally bumped into the actress in town, looking amazingly well, she claimed that she was at the mercy of her caretakers, but asked him to send her his script. Following a series of frustratingly mixed signals from Fedora, she arrives one night at Barry's hotel in desperation, but is quickly seized and conjured away by her plastic surgeon Dr. Vandos (Jose Ferrer), and her chauffeur Kritos (Gottfried John). The next day, the producer returns to the villa, and is knocked unconscious by the chauffeur. Although his penultimate film, this is truly the director's farewell to moviemaking, an absorbing meditation on age, beauty, and the perils of practicing a profession of illusion.