Daevid Allen & Mother Gong The Owl and the Tree 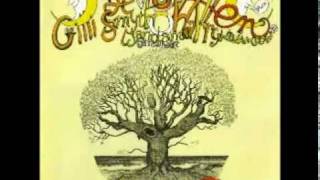 Daevid Allen & Mother Gong - I am a tree (Music Video) 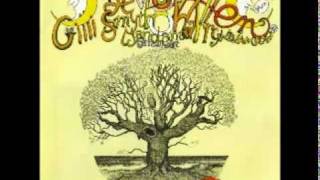 Personnel: Daevid Allen; Conrad Henderson, Robert Calvert , Gilli Smyth, Harry Williamson, Rob George, Tim Ayers, Wandana Arrowheart, Georgia.
Mother Gong is basically the partnership of singer Gilli Smyth and multi-instrumentalist Harry Williamson along with various friends and family, including saxophonist Robert Calvert, who essays some lovely solos on "Unseen Ally" and "La Dea Madri." Their former Gong bandmate Daevid Allen, as the credits humorously suggest, is "a collection of sub-personalities held together by their friend"; the sub-personalities on display on his half of the split album The Owl and the Tree are that of the Incredible String Band-like psych-folk gnome (a word that he pronounces with the G in the charming "The Owly Song") and the blissed-out space rocker on the lovely 14-and-a-half-minute multi-part suite "I Am My Own Lover." Mother Gong's half of the record is equally fine, a combination of prettily meandering instrumentals and Smyth's familiar fairy tale recitations. The two halves don't really mesh as much as they occupy similar orbits, but with Mother Gong and Daevid Allen lacking the space to get too self-indulgent, they both deliver some of their most focused and enjoyable music. ~ Stewart Mason