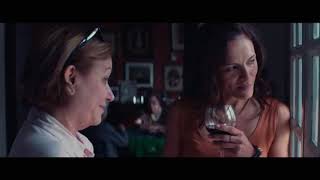 Hollywood Reporter - 02/16/2018
"[The drama] builds emotional involvement by infinitesimal degrees through its acute observation of characters and social context and its ultra-naturalistic performances."
Variety - 02/16/2018
"[T]he film exquisitely balances character study with shrewd commentary on the precarious hierarchy of class distinctions, the turbulent persistence of sexual desire and the lingering privileges of Paraguay’s elite."
A.V. Club - 01/14/2018
"First-time writer-director Marcelo Martinessi feels great compassion for Chela, and the film’s concern for her happiness is its driving force."
The Guardian - 08/09/2019
4 stars out of 5 -- "This excellent debut movie from writer-director Marcelo Martinessi, an award-winner at this year’s Berlin film festival, is a secret love story set among the complacent wealthy gerontocracy of the nation’s capital, Asunción."
New York Times - 01/15/2019
"THE HEIRESSES almost subliminally alerts you to complexities of sexuality and status that many films would prefer to simplify. It also draws you into a social milieu that is both highly specific and intuitively accessible."
RogerEbert.com - 01/16/2019
4 stars out of 4 -- "[U]nderneath the film's quiet is a heaving ocean of longing, restlessness, melancholy."

Paraguayan writer-director Marcelo Martinessi's first feature film is set in the intimate all-female universe of moneyed elites. Chela, a withdrawn painter, is forced to fend for herself after her partner Chiquita is jailed for bank fraud. As their prized possessions are sold off, Chela finds herself serving as a chauffeur to wealthy old ladies and slowly leaves her isolated existence behind.