Legend of the Mountain (Blu-ray)

A mystical tale of courage, hope and the will to survive. 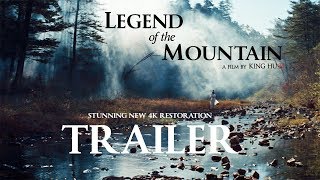 New York Times - 02/01/2018
"Filled with lovely natural landscapes that have been meticulously framed and photographed, LEGEND OF THE MOUNTAIN, is often a visual ravishment."

Hsu Feng stars in this fantasy adventure from King Hu (A TOUCH OF ZEN) as Ho, a Sung Dynasty scholar who has left his town to to finish a Buddhist sutra in the peace of the the country. While there, he meets two beautiful young women who compete for his affection. However, these two women prove to be ghosts in disguise who are not interested in Ho, but in claiming the sutra that he has nearly finished.