It's the University of Texas campus in Austin, but it seems like a war zone as Charles Whitman fires off round after lethal round. The powerful story of the 1966 event that was at the time the largest one-person murder spree in U.S. history. 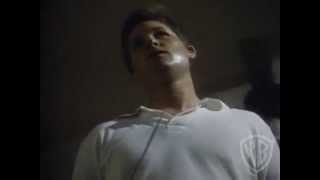 It's the University of Texas campus in Austin, but it seems like a war zone. Gunfire resounds from everywhere. People fall. Others scramble to flee or help the wounded. Meanwhile, from atop the school's landmark Tower, Charles Whitman fires off round after lethal round. The Deadly Tower is the powerful story of the 1966 event that was at the time the largest one-person murder spree in U.S. history. Kurt Russell, far removed from the lighthearted roles that then made up much of his career, portrays the murderous protagonist. The film's heroes are others: police officers (including Richard Y?iguez as Officer Ramiro Martinez), rescue personnel and various brave civilians. They faced the worst kind of terror - one who was real.

A disillusioned ex-Marine became a walking time bomb on August 1, 1966. Holed up in the clock tower at the University of Texas, he slaughtered 13 students. Based on a true story. Made for television. AKA "The Deadly Tower."

Made-for-tv film about sniper, Charles Whitman, who gunned down University of Texas students one fateful day in 1966.

Action | Campus Life | True Story | Killer | Tragedy | Theatrical Release
This product is made-on-demand by the manufacturer using DVD-R recordable media. Almost all DVD players can play DVD-Rs (except for some older models made before 2000) - please consult your owner's manual for formats compatible with your player. These DVD-Rs may not play on all computers or DVD player/recorders. To address this, the manufacturer recommends viewing this product on a DVD player that does not have recording capability.