His name is Deth. He hunts Trancers. Even in the 20th Century.

10K ratings
Currently Out of Stock: We'll get more as soon as possible
Notify Me When Available
Add to Wishlist
Format:  Blu-ray
item number:  FUL 781BR
Also released as:
Trancers for $7.98
91% recommend us! 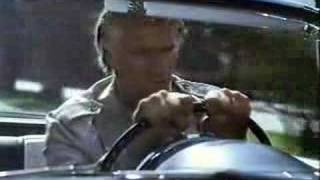 "He was a good cop, until a trancer killed his wife." (Lt. McNulty, talking about Jack Deth)
"Trancing only works on squids, people with weak minds, easy to control." (Jack Deth to Leena)
"I'm from another time, another world. I don't even know what you people eat for lunch." (Jack Deth to Leena)

A cult of zombie creatures threaten the entire human race. Jack Deth, defender of justice and Trancer-hunter, is the only man who can save Earth.

Angel City trooper Jack Deth is sent back in time, to 1985 Los Angeles, to inhabit the body of his ancestor. Deth's assignment is to find his arch-enemy, Whistler, who turns people into zombies, before Whistler is able to kill all the ancestors of the members of the governing council.