Harry Lambert likes being a old codger. He gets to bark commands at his wife and complain about the younger generation. Now all he needs is...a new baby?!? While his middle-aged friends build nest eggs, Harry's building a nursery! 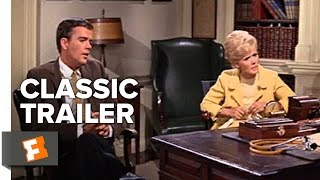 Harry Lambert likes being a crochety old codger. He gets to bark commands at his wife, complain about the younger generation and watch his waistline expand. Now all he needs is... a new baby?!?

In this comedy, a middle-aged woman discovers that she is pregnant, to the dismay of her husband and surprise of the town. The husband doesn't feel up to the challenge, and their daughter is now forced to cook and clean around the house, and meanwhile, tries to get pregnant herself. After a drunken argument with the mayor and another with his wife, the husband finally accepts the inevitable.

Parenthood | Marriage | Families | Parents | Cooking | Couples
This product is made-on-demand by the manufacturer using DVD-R recordable media. Almost all DVD players can play DVD-Rs (except for some older models made before 2000) - please consult your owner's manual for formats compatible with your player. These DVD-Rs may not play on all computers or DVD player/recorders. To address this, the manufacturer recommends viewing this product on a DVD player that does not have recording capability.

A Beautiful Day in the Neighborhood
$12.60 Super Savings
Add to Cart