As big as the ocean! 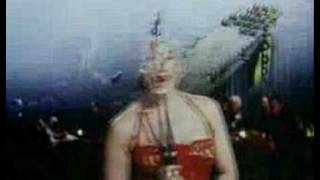 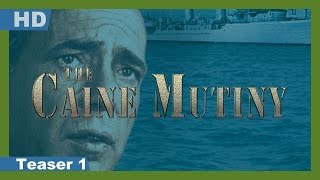 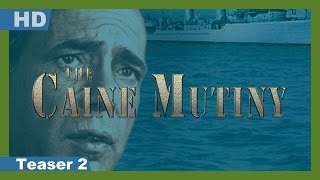 In director Edward Dmytryk's classic seafaring drama, privileged mama's boy Ensign Keith (Robert Francis) gets assigned to the Caine, a rusty old minesweeper with a haggard, undisciplined crew during the latter days of WWII. Soon the paranoid, strawberry-loving Captain Queeg (Humprey Bogart) takes charge and tries to clean up the ship, arousing the hatred and suspicion of the other officers, especially a flippant lieutenant (Fred MacMurray). Eventually the men stage a mutiny, and a subsequent trial ensues, at which point a sharply intelligent military lawyer (José Ferrer) takes up the matter.

Dmytryk's fast-moving, intelligent adaptation of the Pulitzer Prize-winning Herman Wouk novel features breathtaking outdoor scenes on actual naval vessels. Bogart's performance as Queeg is one of cinema's greats; a true departure from his usual tough guys, he captures his character's confused vulnerability with astounding finesse. Ferrer is also sensational as the lawyer. A solid crew rounding out the cast--Lee Marvin, Van Johnson, E.G. Marshall, and Claude Akins--helps make this one definitely see-worthy.

Based on Herman Wouk's Pulitzer Prize winning novel of 1951.The Caine is a battle-scarred Navy vessel under the command of Captain Queeg, who rules with an iron fist. But Queeg is a man who suffers from an acute case of insecurity and stress, which causes serious mental problems and faulty leadership that his underlings are beginning to notice. The situation comes to a head during a fierce storm, in which Lt. Steve Maryk relieves Queeg of his duties against Queeg's will in order to save the ship and the men. Undaunted, Queeg charges Maryk with mutiny. Thus begins a dramatic court martial, which strongly affects Queeg's state of mind and his future.

The Bridge on the River Kwai (DVD)
$13.10 Super Savings
Add to Cart