Ann-Margret and Claudette Colbert (winning a Golden Globe for her last role) portray the two Mrs. Grenvilles in this trenchant two-time Emmy-winning miniseries based on Dominick Dunne's bestseller and set in a chic world of wealth, malice and murder. 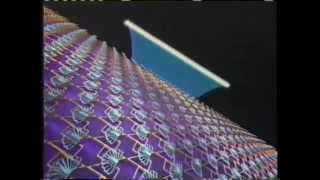 Society grande dame Alice Grenville is appalled when her son marries Ann, an El Morocco showgirl. She snubs her unsuitable daughter-in-law... until the young woman unloads a shotgun at what she claims is a prowler, but turns out to be her husband. Then Alice and her elite friends come to the rescue, protecting Ann from a murder charge rather than subject their moneyed circle to the unpleasantness of police and publicity. Ann-Margret and Claudette Colbert (winning a Golden Globe for her last role) portray the two Mrs. Grenvilles in this trenchant two-time Emmy-winning miniseries based on Dominick Dunne's bestseller and set in a chic world of wealth, malice and murder.

Claudette Colbert made her first screen appearance in 25 years in the 2-part TV movie THE TWO MRS. GRENVILLES. The story involves social-climbing actress (read: "chorus girl") Ann-Margret, who marries American-aristocrat naval ensign Stephen Collins, the son of Ms. Colbert (the two female stars, you see, are the "two Mrs. Grenvilles"). Try as she might, Ann-Margret can neither assimilate herself to her husband's lifestyle, nor overcome the animosity of her mother-in-law. Collins starts cheating on his new wife....and before long, Ann-Margret is standing trial for the fatal shooting of her husband. Marvin Hamlisch wrote the music for the sumptuously stylish THE TWO MRS. GRENVILLES, which was based on novelist Dominick Dunne's a clef rehashing of the 1955 murder of Long Island millionaire William Woodward Jr.

Murder | Infidelity | Marriage | Courtroom | Crime | Affairs
This product is made-on-demand by the manufacturer using DVD-R recordable media. Almost all DVD players can play DVD-Rs (except for some older models made before 2000) - please consult your owner's manual for formats compatible with your player. These DVD-Rs may not play on all computers or DVD player/recorders. To address this, the manufacturer recommends viewing this product on a DVD player that does not have recording capability.

The Other Side of Midnight
$15.40 Super Savings
Add to Cart