Every life has a price 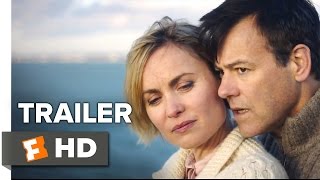 Set in Sweden, Andrei Tarkovsky's last film follows the travails of wealthy patriarch Alexander (Erland Josephson), a former actor and critic who lives in a remote home on the edge of the Baltic Sea. One year on his birthday, a sudden television announcement interrupts the celebration with news of a nuclear holocaust. His family and guests suffer through violent fits of hysteria and emotional turmoil in the ensuing days, but the previously troubled Alexander finds a clearness of mind when he makes a pact with God--offering himself as a sacrifice in order to redeem the fallen earth for his cherished son. Supremely poetic, THE SACRIFICE is filled with achingly beautiful images, expertly shot by Ingmar Bergman's trusted cinematographer Sven Nykvist. As Alexander goes from self-contented ease to crippling animal fear and existential anguish and finally to spiritual abandon, the troubled journey is illustrated with a haunting succession of images, tableaus, objects, dreams, and gestures--all sewn together in a seamlessly elliptical vision. As in all of Tarkovsky's haunting and mystical films, the characters are forced to come to terms with their own physical and spiritual existence, with redemption coming through faith--in this case, Alexander's faith in his love for his young son.

Russian director Andei Tarkovsky's final film is a meditation on humanity's profound faith, and how that faith is humanity's redemption. Set in Sweden, the film tells the tale of a man willing to die in order to save his family.