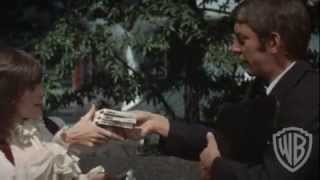 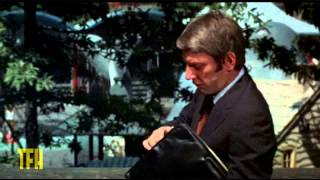 An intense suspense thriller with a haunting soundtrack, KLUTE is the first part of what director Alan Pakula described as his "paranoid trilogy." This is an appropriate summation of film subjects at the time: Jane Fonda's landmark performance as Bree Daniels was filled with nuances that personified the fears and tensions of urban life.

The story follows rural Pennsylvania private eye John Klute (Donald Sutherland), who is investigating the disappearance of his friend Tom Gruneman. Klute's only lead points him to a Manhattan call girl named Bree Daniels (Fonda), who is being stalked by an obsessed john. Shot on location in New York City, the film is both an intriguing and intelligently adult suspense film and a showcase for Fonda, who won an Academy Award for her role.

Adapting the traditional structure of 1940s film noir detective movies, director Alan Pakula created a thriller that addressed the 1970s issue of the compromises faced by a woman trying to maintain her freedom. Gloomy and stark, the film tracks Bree Daniels (Jane Fonda), a Manhattan prostitute and aspiring actress in search of herself. Small-town private eye John Klute (Donald Sutherland) arrives in Manhattan to find that Bree is the only lead in the disappearance of his good friend Tom Gruneman. Bree turns tricks for cash and a need for emotional freedom, wishing to remain unattached and in control. However, as she becomes involved in Klute's search and realizes she too is in danger, she also surprises herself by falling in love. Gordon Willis's (THE GODFATHER) cinematography provides a shadowy and claustrophobic atmosphere in which tapped phones and shadowy stalkers abound.

17%off
The Taking of Pelham One Two Three
$12.50 Super Savings
Add to Cart