The battle for eternity is the fantasy of a lifetime. 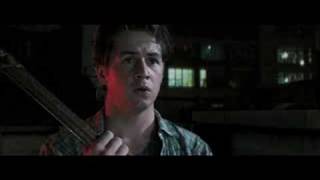 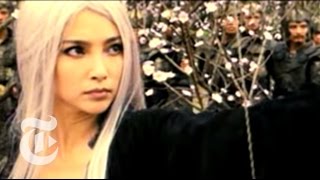 East meets West and kung-fu legends collide as Jackie Chan and Jet Li square off in the fists-a-flying, family-friendly FORBIDDEN KINGDOM. Based on the classical Chinese novel JOURNEY TO THE WEST, the film begins in modern-day Boston. There, while teenage kung-fu flick enthusiast Jason (Michael Angarano) is buying bootleg DVDs from his favorite shopkeeper, Old Hop (Chan, aged by prosthetic makeup), he is drawn to an ancient golden staff. When a local bully forces weakling Jason to help rob Old Hop, Jason escapes with the staff and is magically transported to ancient China. He is soon rescued from the forces of the Jade Warlord by Lu Yan (Chan), a raggedy wanderer whose wine-guzzling ways conceal his kung-fu mastery. Yan reveals the truth of the staff, and that Jason is the fabled Seeker who must return it to the Monkey King (Li) to prevent the warlord's evil plans. The two are joined in their quest by a kung-fu master, Silent Monk (Li), and a beautiful orphan (Liu Yifei) who harbors her own personal vendetta. Despite their differences, the two masters teach Jason the ways of the kung-fu warrior. And when Lu Yan is gravely wounded by the warlord's sexy assassin, Jason must bring his newfound skills and courage to bear if he is to save one world and return to his own. Choreographed by action impresario Woo-ping Yuen (THE MATRIX, KILL BILL) and shot on location in China, FORBIDDEN KINGDOM is an appealing family adventure about the importance of working together and the value of believing in one's abilities.

The Treasure of the Sierra Madre / The Maltese Falcon (DVD)
$18.70 Super Savings
Add to Cart