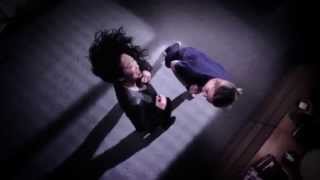 GREY'S ANATOMY is a quick-witted, warmhearted medical drama that explores the personal and professional relationships of the doctors at a Seattle hospital. After winning the 2007 Golden Globe for Best Drama, the hit series returned for a fourth season that saw the long-suffering interns--Meredith (Ellen Pompeo), Cristina (Sandra Oh), Izzie (Katherine Heigl), and Alex (Justin Chambers)--begin their first grueling year as residents. As they navigate new life-and-death situations, they must also mentor new underlings, including Meredith's half sister, Lexie (Chyler Leigh), and ex-colleague George (T.R. Knight), who remains an intern after failing his exams. Upper management has also seen a few shake-ups, as the hot-tempered Dr. Bailey (Chandra Wilson) lost the Chief Resident spot to Dr. Torres (Sara Ramirez), and now must struggle to accept her lower place on the food chain. Meanwhile, Dr. Derek "McDreamy" Shepherd (Patrick Dempsey) tries to work despite the emotional wounds caused by the ends of his relationships with both Meredith and his ex-wife. Every episode from the 2007-08 season is included in this volume, along with deleted scenes, and a bonus "on the set" featurette with stars Dempsey and Eric Dane.