It takes two to skidoo. 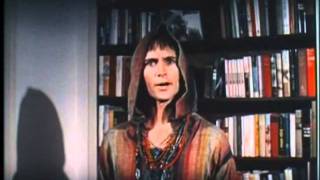 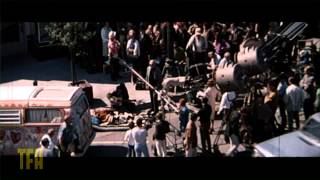 New York Times - 01/23/2015
"SKIDOO is arguably the most bizarre topical farce made in Hollywood since the 1932 W. C. Fields vehicle MILLION DOLLAR LEGS."

Producer and director Otto Preminger reportedly experimented with LSD in the late 60's, which inspired him to make this notorious comedy in which Jackie Gleason plays Tony, a mid-level gangster and former hired killer not very happy with his life. He bickers a lot with his wife Flo (Carol Channing) and isn't sure what to make of his daughter Darlene (Alexandra Hay), especially since she started dating a hippie named Stash (John Phillip Law). Two of Tony's superiors, Angie (Frankie Avalon) and Hechy (Cesar Romero), order him to get arrested, go to prison and once behind bars whack "Blue Chips" Packard (Mickey Rooney). Though he's not pleased with the idea, Tony grudgingly goes along, but once inside, he's accidentally dosed with LSD by counterculture activist the Professor (Austin Pendleton). His consciousness expanded by his trip, Tony leaves his violent lifestyle behind him and with the Professor's help plans an escape after turning the entire prison population on to acid. Certainly your only opportunity to see Groucho Marx play a character named "God," not to mention a supporting cast that includes Slim Pickens, Peter Lawford, George Raft, Frank Gorshin and Arnold Stang, SKIDOO is also remembered as the film in which Harry Nilsson sang all the credits.

The Ambassador
$19
Add to Cart