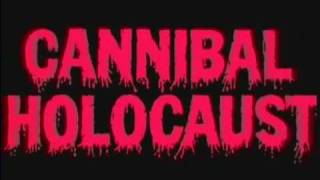 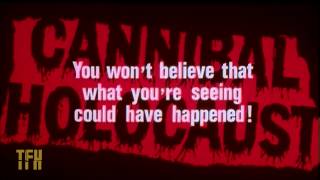 Sight and Sound - 01/01/2012
"CANNIBAL HOLOCAUST is the definitive example of the Italian cannibal film, a subgenre of horror-adventure exploitation films made in the late 1970s and early 1980s."

CANNIBAL HOLOCAUST was for years reviled as one of the most repugnant and morally questionable of the 1970s spate of cannibal films--and possibly the most horrifying ever. But director Ruggero Deodato embarked upon the project with the intention of criticizing the very violence he was portraying. Set in the Amazonian jungles, the film is a pseudo-documentary that follows Professor Harold Moore (Robert Kerman) into the "Green Inferno" as he searches for a documentary crew that came to the jungle the previous year to make a film about the storied cannibals that lived there, and never made it back. Now, Moore meets some natives and discovers the footage from the crew's expedition, and upon returning to New York, he watches it to find out what really happened. The truth is too horrible for words, proving that savagery is not limited to indigenous peoples, and the morally outrageous film proceeds to indict the exploitative practices of certain documentary practices. However, the extremity of the violence portrayed was enough to put Deodato in hot water with the law, and with censors who claimed it was far too realistic. The career of the promising director, who had worked under a list of Italian luminaries that included Roberto Rossellini (ROME: OPEN CITY, PAISAN, VOYAGE IN ITALY), was essentially ended with this brutal, seminal film--for which he will nonetheless always be remembered.

Banned and heavily censored throughout the world, here is a film that surpasses its reputation as a shotgun blast to the senses. CANNIBAL HOLOCAUST presents the "found footage" of four documentary filmmakers who experience brutal death at the hands of a savage South American tribe of flesh-eaters. This footage is so intense, so graphic and so unflinching in its realism that the director and producer of CANNIBAL HOLOCAUST were arrested upon its original release and the film seized.
Widely acknowledged as the uncredited inspiration for THE BLAIR WITCH PROJECT, CANNIBAL HOLOCAUST has been both praised and vilified for its portrait of savagery. Ruggero Deodato's nihilistic masterwork critiques the implications of Mondo-style filmmaking, even as it explores the most disturbing extremes of cruelty and exploitation. Not for the weak of stomach, the film's horrifying power cannot be denied.
Source: Ryko Distribution