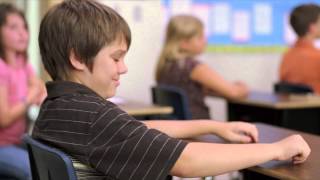 Total Film - 11/08/2014
5 stars out of 5 -- "It's like experiencing a huge slice of life, but it never feels like a documentary -- Linklater's artful precision crafting something that feels closer to a novel than a traditional film..."
A.V. Club - 07/10/2015
"There’s never been a movie quite like BOYHOOD, and it may be years before anyone works up the gumption to match its achievement." -- Grade: A
USA Today - 07/10/2015
4 stars out of 4 -- "One of the most extraordinary films in decades, this family drama is also one of the most ambitious in scope….BOYHOOD is an epic masterpiece that seems wholly unconcerned with trying to be one."
Entertainment Weekly - 07/09/2014
"Linklater makes you feel as if you're watching a photograph as it develops in the darkroom. It's only at the end that you realize you've just seen a child slowly come into focus as a young man." -- Grade: A
Rolling Stone - 07/09/2014
4 stars out of 4 -- "Want to know what it's like to be in on the discovery of a new American classic. Check out BOYHOOD."
Los Angeles Times - 07/10/2015
"There is a great balance between humor and pathos in each of the performances. Arquette and Hawke are masterful in following the arc of adults maturing in the wake of their mistakes…"
New York Times - 07/10/2014
"Richard Linklater’s tender and profound feature film BOYHOOD, which follows a boy and his family over a dozen years in real time, is a meticulously textured work set to the rhythm of life."
Wall Street Journal - 07/10/2015
"On rare occasions a movie seems to channel the flow of real life. BOYHOOD is one of those occasions."
Empire - 07/11/2015
5 stars out of 5 -- "Linklater’s beautiful film is an extraordinary achievement -- tender, funny, wise and wistful, full of warmth and humanity."
Sight and Sound - 08/01/2015
"[A] powerful study of family interaction, featuring excellent performances from Hawke and especially Arquette as the separated parents."
Washington Post - 07/17/2015
4 stars out of 4 -- "[Audiences have] never seen a film like BOYHOOD, which in the hands of writer-director Richard Linklater turns from classic cinematic portraiture into something epic, transcendent and monumental."
Chicago Sun-Times - 07/17/2015
4 stars out of 4 -- "Richard Linklater’s BOYHOOD is a film that captures the arc of a young life perhaps better than any previous American movie."

Richard Linklater's BOYHOOD is a coming-of-age drama that the director spent twelve years making. He cast a young boy, Ellar Coltrane, and shot the film a few days at a time for over a decade so that he could capture how his leading actor, and the rest of his cast, aged. The film's story simply follows a boy named Mason (Coltrane) as he progresses from age 6 to 18 and deals with the typical travails of childhood like his parents' divorce, bad stepparents, falling in love, finding his artistic voice, and fighting with his bratty older sister. Ethan Hawke and Patricia Arquette co-star as Mason's parents.