Love. At any cost.

346K ratings
Currently Out of Stock: We'll get more as soon as possible
Notify Me When Available
Add to Wishlist
Format:  Blu-ray
sku:  3FD2H
92% recommend us! 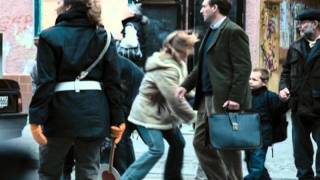 Brazilian director Fernando Meirelles, whose previous film, CITY OF GOD, won awards all over the world--and was nominated for Best Foreign Language Film at the 2004 Oscars--has crafted another highly entertaining yet important film. Beautifully shot in Kenya, Germany, Sudan, Manitoba, and London, THE CONSTANT GARDENER, based on a bestselling novel by John Le Carré, is an exciting mix of romance and spy thriller. Ralph Fiennes stars as Justin Quayle, a low-level British diplomat who has always gone about his work very quietly, not causing any problems. But after his radical wife, Tessa (Rachel Weisz), is killed, he becomes determined to find out why, thrusting himself into the middle of a very dangerous conspiracy. Jeffrey Caine's powerful screenplay alternates between flashbacks of Justin and Tessa's relationship and Justin's hunt for the truth, which makes him a target--although he doesn't know who is after him. Fine support is offered by Danny Huston as his close friend and confidant, Sandy; Bill Nighy as shady British official Sir Bernard Pellegrin; and Hubert Koundé as Arnold Bluhm, an African doctor who might have been a little too friendly with Tessa. Meirelles's pacing is outstanding, switching effortlessly between political intrigue, action adventure, and love story. And Fiennes and Weisz give strong performances playing complex characters that will continually surprise the audience. THE CONSTANT GARDENER is a thrilling tale from start to finish.