The most controversial film you will see this year.

25K ratings
Out of Print: Future availability is unknown
Notify Me When Available
Add to Wishlist
Format:  DVD
item number:  3FE4X
Our customers love us! 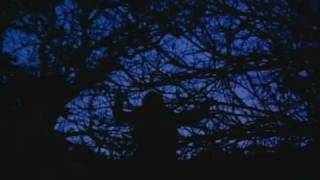 Based on a real life incident, this disturbing drama serves as a seminal study of disillusioned and alienated youth. Set in a small rural town, the local clique of slacker teens is pulled apart when Samson (Daniel Roebuck) kills his girlfriend on the banks of the river and then callously shows off the dead body to his friends. The teens are so numb and ambivalent to the reality of their situation that they remain relatively unphased by the murder of one of their own. Crispin Glover is brilliant as the drugged out paranoid, Layne, who sympathizes with the killer, and plots to hide him at the house of an eccentric recluse (Dennis Hopper), who is rumored to have comitted a similar crime in the 1960s. Keanu Reeves and Ione Skye co-star as Matt and Clarissa, two friends who are drawn together in their realization that something is horribly wrong. In this startling portrait of a morally void society, director Tim Hunter creates a remarkable world of dysfunction and dead-end lives that is haunting in its accuracy.

A chilling and visually arresting drama that centers on a close-knit group of slacker teenagers who discover that one of their own has killed his girlfriend. Emotionally unprepared and ambivalent, they must struggle between friendship and responsibility before deciding to report the murder. Based on a real-life incident, this darkly disturbing portrait of amoral teens lost in a small town with no escape became an instant cult-classic. The excellent ensemble cast features Crispin Glover, Dennis Hopper, Ione Skye, and Keanu Reeves.