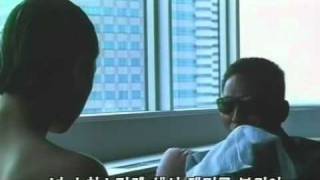 A high-priced call girl catering to Yakuza captains and ostensibly "respectable" heads of industry makes her way through the smutty sex underground of the titular city, witnessing and experiencing sexual degradation, confusion, and despair. A searing, disturbing, and extremely graphic indictment of the twin hypocrisies of excessive materialism and sexual puritanism, which combine to create an exploited underclass of sex merchants forced to feed the perversions of their powerful tormentors.

Long out of print, the cult classic returns to DVD. A timid Japanese college girl, Ai, tries to make ends meet as an S&M bondage girl for hire within a world of wealthy businessmen & lavish Tokyo penthouses. Her quest for true love and happiness contrasts with the dark nighttime in Tokyo, ridden with perverse sex and drugs. From the writer of "Audition."

A young babyfaced prostitute drifts through the sharp-edged world of kinky sex. An older callgirl in the agency schools her on the trade. Numbed by drugs, she encounters a string of wealthy johns with bizarre fantasies. Her own fantasy about love leads Ai away from the skin trade and on the trail of a married artist.