24K ratings
Currently Out of Stock: We'll get more as soon as possible
Notify Me When Available
Add to Wishlist
Format:  DVD
sku:  CS89
92% recommend us! 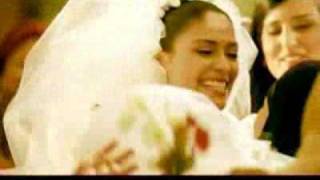 Warm and sweet, this Lebanese film lives up to its titular substance without ever being too sugary. Actress Nadine Labaki cowrote and directed CARAMEL, an ensemble comedy set in and around a Beirut beauty salon. Labaki also stars as Layale, a beautician torn by her secret affair with a married man who beckons her with his car horn. Her coworker Nisrine (Yasmine Al Masri) is about to get married, but she withholds a secret from her fiancé and hides her modern looks from his family. Meanwhile, shampooist Rima (Joanna Moukarzel) lusts after a female customer and her lush locks. Client and aging actress Jamal (Gisele Aouad) makes frequent visits to the salon to measure up to her much younger competition, but her efforts don't seem to be helping her career. In contrast, Rose (Siham Haddad) seems to have given up the fight against her advancing years, but the appearance of a new suitor may change things, even though she devotes most of her time to the care of her older sister (Aziza Semaan).

In her directorial debut, Labaki displays both beauty and brains. Few women in cinema history have looked as stunning onscreen as Labaki does here, but she doesn't let her looks carry her. It's a sensitive performance that stands out among the others in the film, but she never overshadows her costars, who are all excellent in their acting debuts. More like the French film VENUS BEAUTY INSTITUTE than the American comedy BEAUTY SHOP, CARAMEL is a mature film that still manages to be a lot of fun. There's certainly romance here, but the film centers more on the relationships and bonds between the six women at its heart.