She's my daughter and I'll do what I like!

1.5K ratings
Currently Out of Stock: We'll get more as soon as possible
Notify Me When Available
Add to Wishlist
Format:  Blu-ray
sku:  6HQJE
91% recommend us! 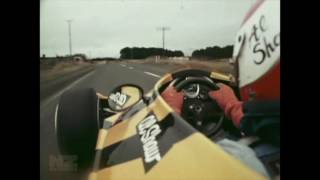 This production from New Zealand focuses on the marital relationship of a young couple. The husband is obsessed with auto racing, while his wife has a strong need for attention and affection. Their different needs eventually lead the wife to an adulterous relationship, and the husband to take drastic means to preserve his family.

An emotional tale about the tragic and violent dissolution of a marriage. Al Shaw used to be a race car driver, but now he expends all his energies and time at the "smash palace", a huge trash heap of cars owned by Al's dad. Al's obsession strongly affects his wife, who begins to feel emotionally neglected. As the relationship falls apart, the couple's increasing confrontations grow angrier and angrier... and culminate in a misbegotten kidnapping.