61K ratings
Currently Out of Stock: We'll get more as soon as possible
Notify Me When Available
Add to Wishlist
Format:  DVD
sku:  W9QD
92% recommend us! 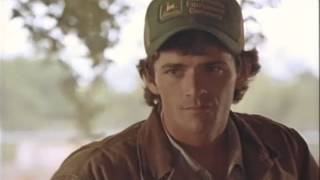 Director John G. Avildsen's 8 SECONDS is the true story of the meteoric rise and all-too-brief career of Lane Frost, the youngest national champion bull rider in history. Luke Perry stars as Lane, a shy but popular young bareback rodeo rider whose gutsy determination catapults him to stardom. As Lane gains a winning reputation, he meets and falls in love with Kellie (Cynthia Geary), a spirited, beautiful young horsewoman. After a passionate courtship, the two young rodeo riders get married. Kellie looks after Lane and sacrifices her own freedom to be his devoted wife, but the pressures of Lane's career soon take their toll. Kellie is often left alone while Lane continues to ride the circuit with his longtime friends and competitors, including three-time rodeo champion Tuff Hedeman (Stephen Baldwin). Lane faces his ultimate challenge attempting to ride Red Rock, a dangerous bull known for fatally injuring his riders. Perry gives a fine performance in this gutsy and inspirational tale of a real-life rodeo hero, set to a swinging country-western soundtrack featuring Vince Gill and Brooks & Dunn, among others.

8 SECONDS is based on the true story of Lane Frost, who became the youngest rider ever to be nominated into the Rodeo Hall of Fame.