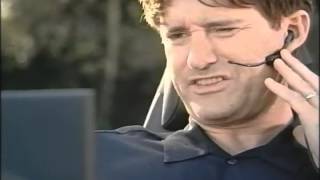 The End Of Violence Trailer 1997

A Hollywood producer of violent action movies reflects on his ambitious, materialistic life after succumbing to the vagaries of street violence. His attack is captured on a new city-wide surveillance system, whose creator, while reviewing the details of the assault, comes to suspect the far-reaching implications of his brainchild. A morality play by German auteur Wenders on the evils of violence as well as the consequences of the actions taken against it.

60%off
Confessions of An American Girl (DVD)
$3.98 Winter Sale
Add to Cart