Currently Out of Stock: We'll get more as soon as possible
Notify Me When Available
Add to Wishlist
Format:  DVD
sku:  CVEV
More products that might interest you:
Classic Horror Collection: 20 Full Color Vintage Movie Postcards (Movie Collectible) $4.78
Our customers love us! 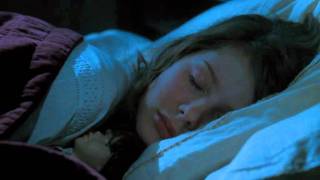 Based on the book AN AMERICAN HAUNTING by Brent Monahan, this horror movie uses a current-day setting (the year 2006) as a framing device for a ghost story dating back to 1817 Tennessee. Inspired by manuscripts documenting the only spirit-caused death in U.S. history, the film stars accomplished actors Sissy Spacek and Donald Sutherland as the mother and father of Betsy Bell (Rachel Hurd-Wood), an adolescent girl tormented by a mysterious spirit haunting the Bell family home. The spirit is thought to have been sent by Mrs. Batts, a witchlike neighbor who, after having a bitter dispute over property rights with Betsy's father, John Bell, put a curse on John and his daughter. Even though John Bell was the one at fault, it is his daughter who bears the heaviest burden of this spell, being thrown about her room nightly, slapped, and even sexually abused by the mystical force in question. Most of the film takes place in the home, where Betsy's parents, a local priest, and a local schoolteacher (with whom she has a flirtatious relationship) try their best to exorcise the demons away. While the film never fully explains what the spirit is or where it came from, it does propose one disturbing theory near the end that involves the hysterical nature of young female sexuality. But despite being used as a means to connect the present-day story with the 1817 events, this theme is only vaguely hinted at as the story unravels.