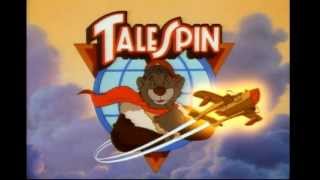 Baloo from Disney's THE JUNGLE BOOK leaves the trees for the adventure of being a cargo pilot in this animated series. With the help of his navigator, young Kit Cloudkicker, Baloo gets in and out of all sorts of trouble while under the watchful eye of his smart boss, Rebecca Cunningham. When things go wrong with Baloo's beloved plane, the Sea Duck, Wildcat is there to fix it. The last member of the crew at Rebecca's company, Higher for Hire, is her young daughter, the spunky Molly. In the second volume, the air pirates are back, and Baloo takes on other enemies such as Colonel Spigot.