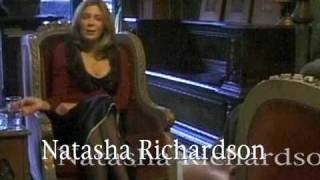 Award-winning actor Ethan Hawke makes his directorial debut with CHELSEA WALLS, an ambitious ensemble film that captures a slice of bohemian life. Inspired by the dozens of brilliant and self-destructive counterculture heroes who have taken refuge at New York's famed Chelsea Hotel--among them Dylan Thomas, Tennessee Williams, and Sid Vicious--the drama interweaves the stories of several fictional tenants. These include Grace (Hawke's ex-wife Uma Thurman), a nervous waitress who is unable to choose the right partner; Bud (Kris Kristofferson), an alcoholic novelist whose inability to love has brought pain to the lives of his two lovers (Tuesday Weld and Natasha Richardson); and Terry (Robert Sean Leonard), a heartfelt musician who has traveled to the Chelsea from the Midwest in the hopes of making it big.

Shot at the hotel in digital video, CHELSEA WALLS has a relaxed quality that draws attention to the performances. Nicole Burdette's lyrical script is filled with poetic, often abstract language which leaves most of the characters outwardly enigmatic, and the actors take full advantage of the interpretive room they are given to strut their stuff. The fine soundtrack, written and performed by Jeff Tweedy from the alt-country band Wilco, provides much of the film's emotional resonance.