This 2-DVD bundle package includes the 2005 feature film, and a DVD with 3 classic episodes from "Bewitched" TV Show with Elizabeth Montgomery 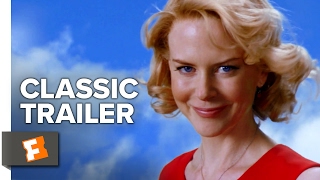 Director Nora Ephron (SLEEPLESS IN SEATTLE, YOU'VE GOT MAIL) breathes new life into the classic television show BEWITCHED in this romantic comedy of the same name. Movie star Jack Wyatt (Will Ferrell) had it all--until he made a few bad films and his wife left him. Now, the washed up star is slated to play Darrin in a remake of the 1960s sitcom about a mortal man who unknowingly marries a beautiful, good-hearted witch. Determined to resuscitate his career, Jack and his agent, Richie (Jason Schwartzman), demand that an unknown be cast as the witch, Samantha, in order to maximize his screen time and star power. After an exhaustive search for the right actress--and the perfect nose wiggle--Jack spots Isabel Bigelow (Nicole Kidman) in a book store and is convinced that she can be the new Samantha. And right he is; Isabel really is a witch who is determined to try life--and hopefully love--without magic, much to the chagrin of her debonair warlock father, Nigel (Michael Caine). Immediately drawn to Jack, Isabel follows her heart and takes the role only to discover that he has no plan to share the spotlight with her, and can also be a big jerk. Can Isabel refrain from using magic to put Jack in his place and win his love' And how will Jack react when he learns Isabel's secret'

More interesting than a standard remake, the screenplay by Ephron and her sister Delia nicely weaves in the characters and basic plot of the original television series while developing a completely new story and characters. Shirley MacLaine stars as a legendary actress who plays Samantha's mother, Endora, in the new television show--and just may have a few secrets of her own. Steve Carell has an amusing turn as Uncle Arthur, a character originally played by comedian Paul Lynde.

Christmas with the Kranks
$9 Super Savings
Add to Cart

15%off
The Stepford Wives
$11 Super Savings
Add to Cart

Elvis Has Left The Building (DVD)
$5
Add to Cart